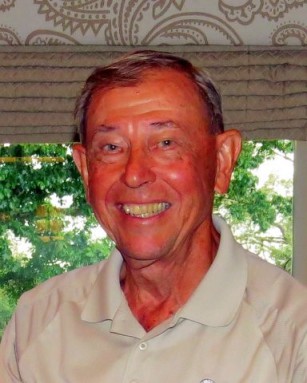 Jim Remler is one of a kind. He has built the BGA despite many obstacles, and has tolerated our shenanigans with a patience none of us possess. Jim is the most kind and charitable person anyone could meet. He rules the BGA by talking softly, carrying a big stick, and managing the BGA with tactful professionalism. We would not have the enjoyment of the BGA today without Jim Remler. This BGA Website is a tribute to Jim from all BGAers. The site is available to all BGAers, and in fact is structured so that anyone on the internet may have access. The site lets the world know, in a serious and fun way, that we love, respect and appreciate Jim Remler. This is a collective effort from all BGAers. 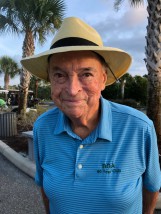 Several years ago, instigated by Jim, we had a lot of interaction thru email with the guys from BGA North. We had 2 clubs, BGA North and BGA South. There was constant controversy over the rules governing the 2 clubs. At one time Jim was accused by the North of violating one of the rules even though the rule was not in the Southern BGA book. The North contended that seeing they were first that their rules took precedence. The discussion took place between many of us for several months. It ended with the North sending a constable down and arresting Jim. It took us Southerners several weeks to arrange suitable bail that would be accepted by the North. Bail was finally arranged so Jim was released and could take over his defense trial. It was finally agreed that the North would secede and separate rules would be followed. This allowed the annual North/South tournament to continue.

Posted by: Dick Hensel in 2008.  Dick passed away in April 2017. Dick was a Founding Member of The BGA in Florida. A great guy who knew the BGA is more than just golf. We pray his Soul rests in peace.

Jim is a person who always surprises you with the unexpected things he does. An example, is when I was fortunate to get a hole-in-one earlier this year. Without me realizing it, Jim retrieved the original score card handed in to the club and replaced it with a duplicate he made out. Jim did this so he could attach the original score card to the back of a framed Hole-In-One certificate of recognition he made for me. It was totally unexpected and greatly appreciated. Playing golf with the BGA, that would not exist without Jim's efforts, and tennis with the doubles group Jim got me started with, is a large part of why for me Citrus Hills is such a great place to retire. Thanks a lot Jim, its great to have a friend like you.

I have never met a guy who drives a $30,000.00 (est.) golf cart and carries a $2.50 rake! That's the essence of Jim Remler. The cart was a gift but the rake is an heirloom. Jim has been involved with students and school systems for a good part of his life. This experience has made him the perfect titular head of the BGA. He is still administrating to 64 adolescents who love and respect him dearly.

I met Jim Remler in the Spring of 2008 after expressing an interest in joining the BGA. Jim sat down with me in the club room and we had a great chat during which he explained the workings of the BGA. Later in the day, thinking about the two outstanding items stuck in my mind, regarding the purpose of the BGA. The first was that each person enjoys the golf, good or bad, signified by the motto, "Bad But Proud". Once in a while, as we travel the road of life, we meet people who leave an indelible impression on us. Jim Remler is such a person. He wears no crown, carries no scepter, has no title but has devotion and help from members who make the BGA work. He is just plain Jim Remler, what you see and hear is what you get. That's the way he wants it and that's the way he likes it. Know something? That's the way I like it too.

Larry Mahoney, October 2008. Larry passed away in 2016. We remember Larry as a wonderful man with a great sense of humor. We pray his Soul rests in peace. 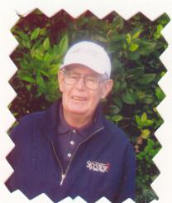