Commissioner W. A. Pace scores another hole in one. Hole 5 on the oaks today, Monday, March 7 2022. Collecting the cash from Peter. Congratulations!!! 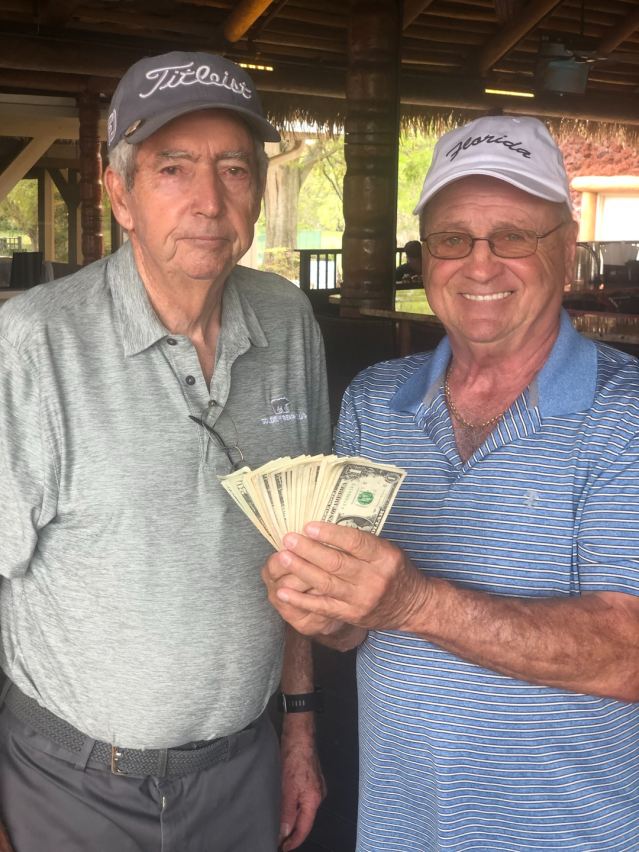 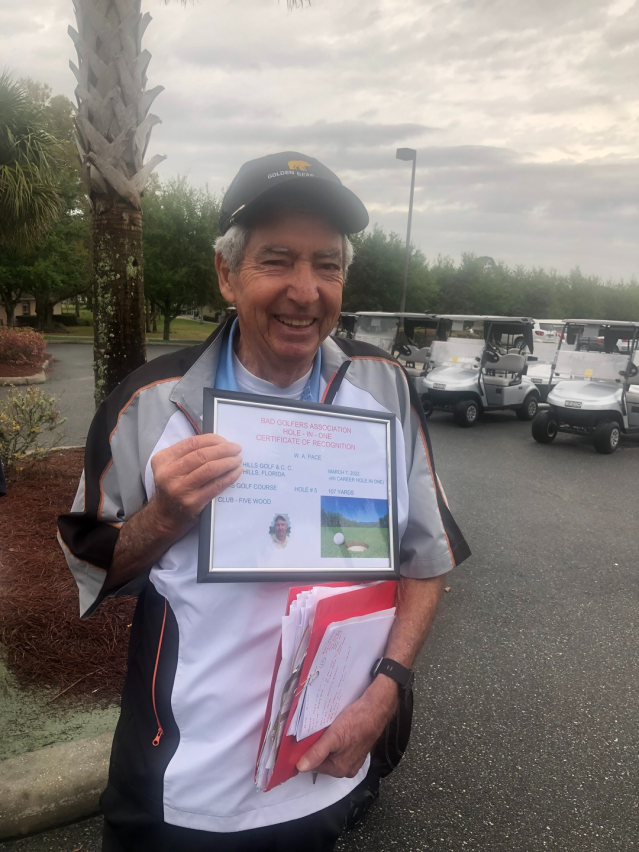 A BGA GARBAGE CAN HOLE-IN-ONE

Commissioner Emeritus Jim Remler provided a photo of Stephen Keen.  Stephen scored a "Garbage Can Hole-In-One".  On December 20th Stephen was awarded a small sack of garbage.  Stephen teed off on #3 on the Oaks and his ball landed in the garbage can near the #4 tee box.

BGA Commissioner W. A. Pace believed this was a first for the BGA.  However, to be certain W. A. asked Hose, at BGA Headquaters in Grand Cayman, to search BGA International files for confirmation. Hose said, "It's Offical, this is a first".

Stephen was not in the "Garbage Can Hole-In-One Club"  thus did not win any money.

And then The Award!

Stephen proudly holding his recognition for the "Garbage Can Hole In One" Award. 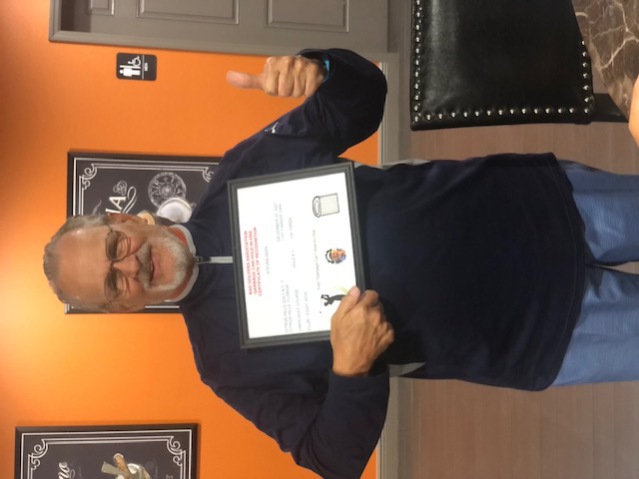 Commissioner Pace presents the BGA Hole-In-One Certificate to Buzz Fredrickson in September 2021. Thanks to Len Ciriello for the picture. 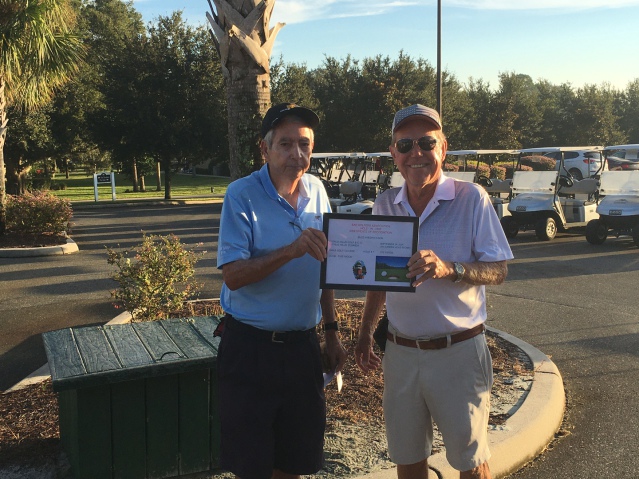 Congratulations to Ren Marquette for his Hole-In-One today, May 10, 2021, on The Oaks, hole # 5. Ren won all the prize money plus the Hole in one money!!!!!!!!! Info provided by Commissioner Pace and Commissioner Emeritus Remler. 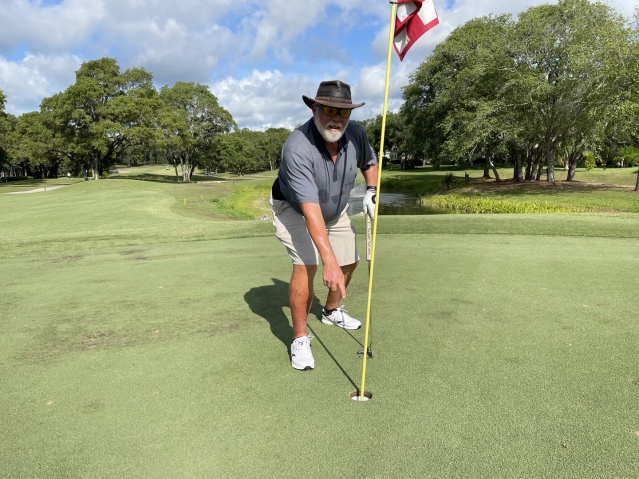