The BGA Sandbagger is defined as a golfer who scores net 64 or better.

"A very colorful photo of someone that recently had an excellent round of golf.  This person will receive the coveted sandbag at a future BGA date.....

Can anyone guess who this is???"

Steve Keen shot a 79 with a 16 handicap for a net 63.  This tied a career best for Steve. Steve had this great score on Monday September 13. This was reported by Commissioner Pace with picture supplied by Commissioneer Emeritus Remler. 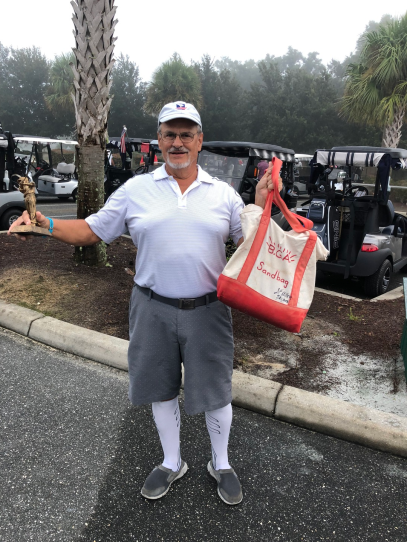 Transfer of the Sandbag on Friday, August 27, 2021 from John Keller to David Beck. David is a two time winner. He recently shot a net 64. Congratulations David! These two guys are good! 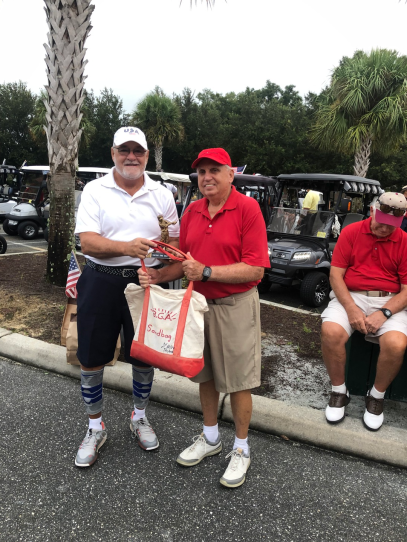 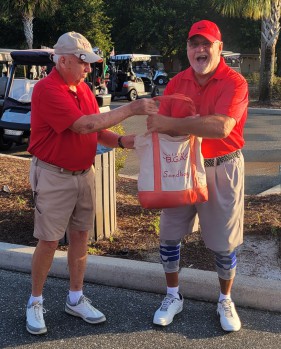 It's official, BGA Commissioner W. A. Pace oversees the transfer of the BGA Sandbag from Dave Beck to John Keller on July 30, 2021. 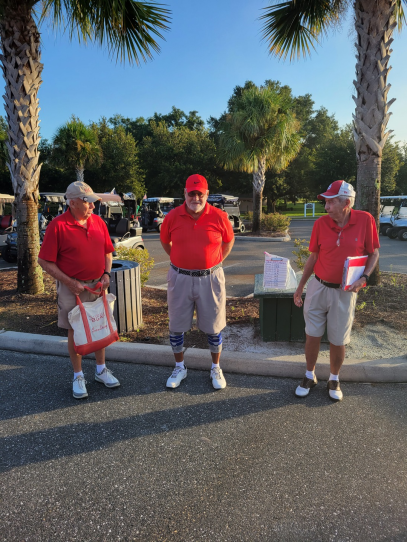 A new trophy for the Sandbagger. (Donated by Don Morrison.) 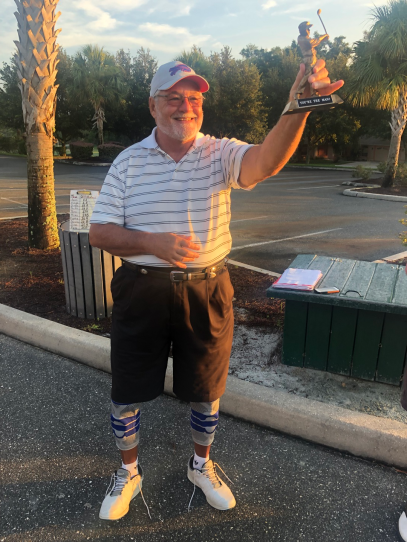 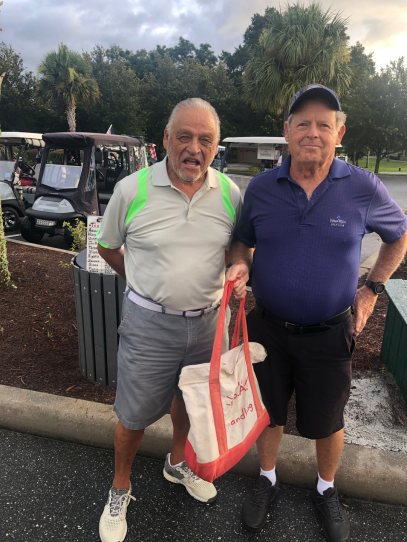 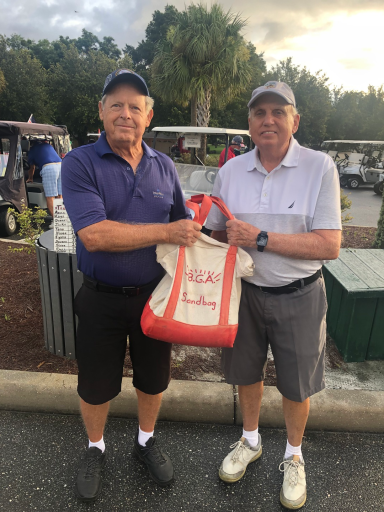 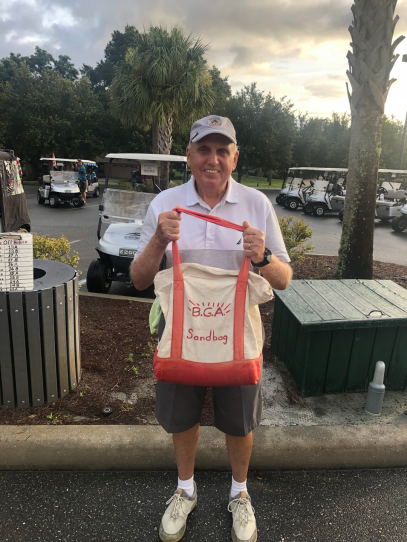 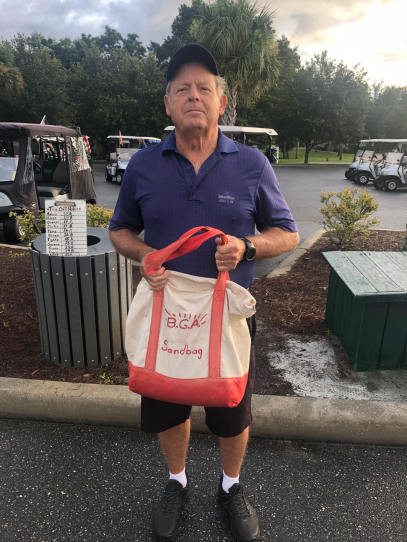 "Randy Robertson passes the sandbag to Dave Barber today. June 4, 2021. Dave shot a cool 71. He pared the course and ended up with a net 59. This 12 handicaper lost 4 strokes and now is an 8. That sandbag has been traveling around the last couple of weeks." (Quote from Jim Remler.) 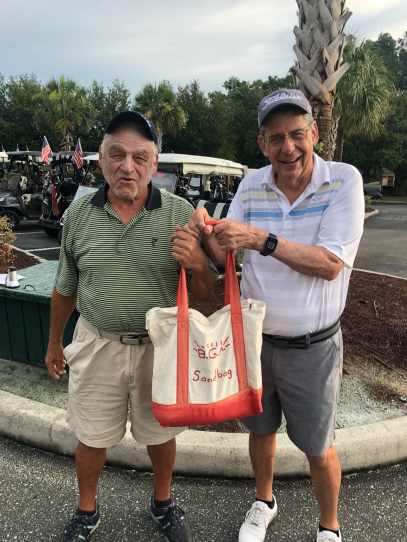 Dave is so happy to be an eight. Look at the expression on his face. (Per Jim Remler.) 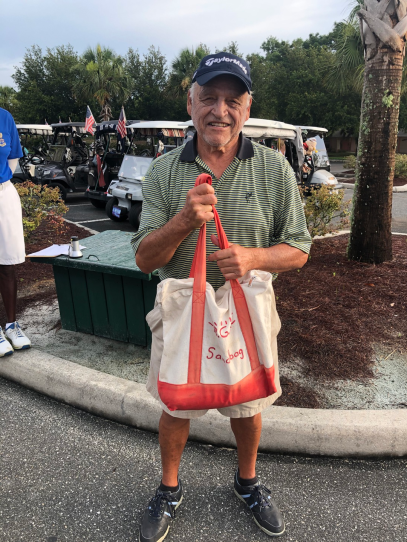 Ron Krieger passes the sandbag to Randy Robertson. May, 2021 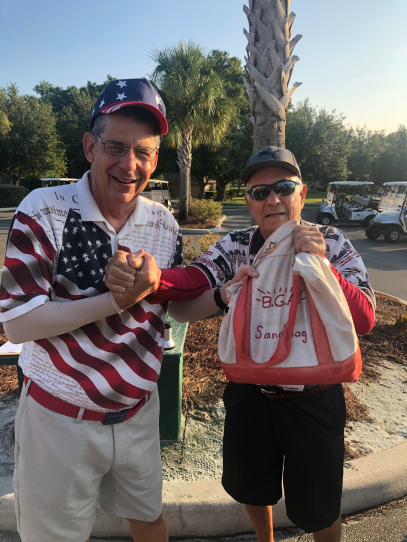 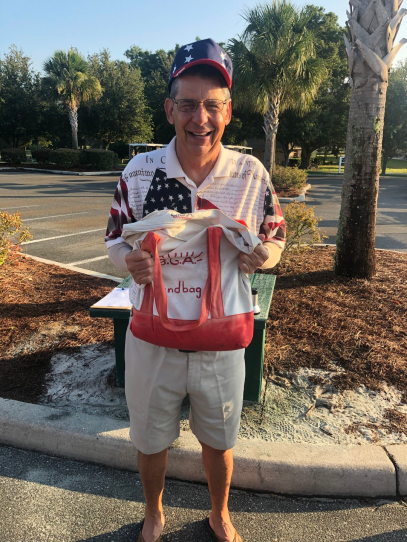 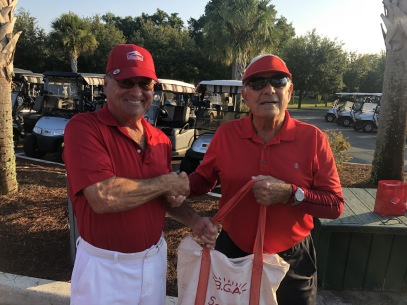 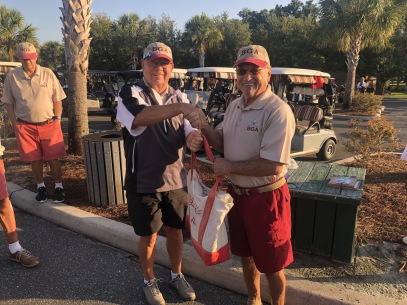 The third photo is of David Flo proudly holding the BGA sandbag. 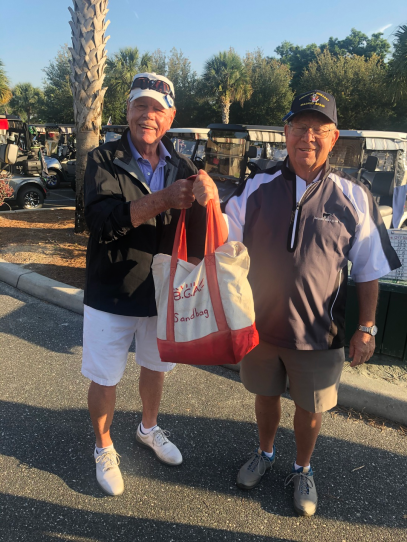 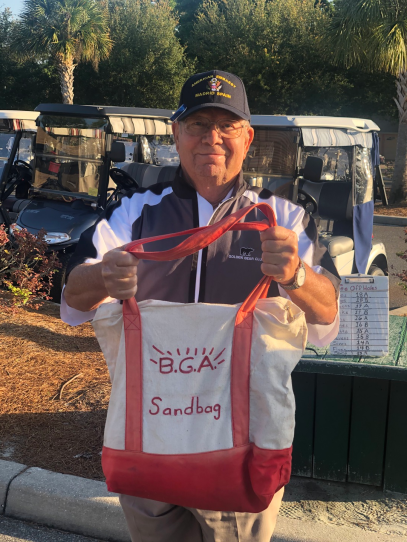 "A busy day for BGA sandbaggers. Ken Gerling gives the sandbag to Bruce Cohoon who gives it to Bob Stone.  Can’t keep track of the action." 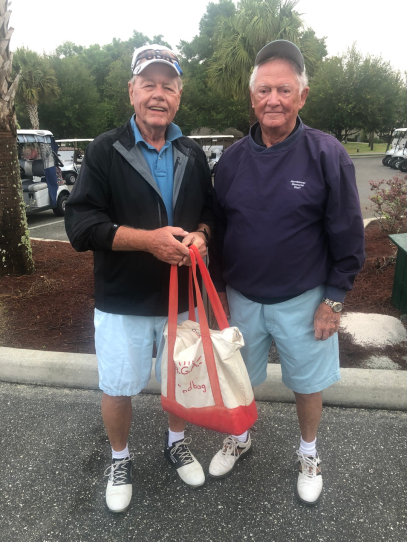 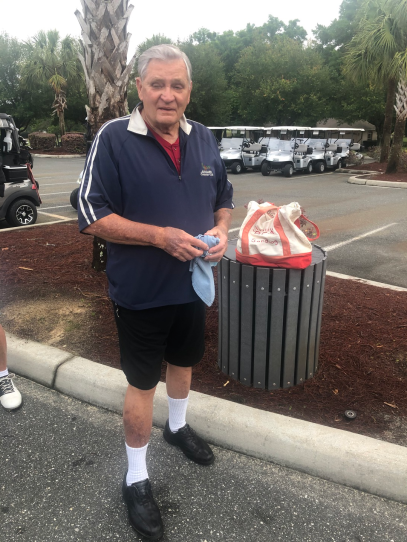 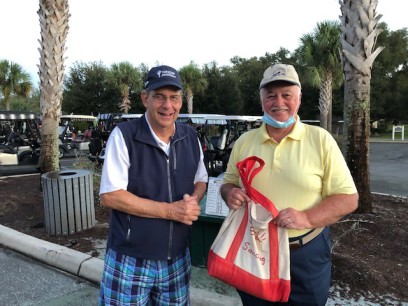 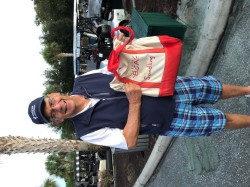 ON 10/05/20 TWO BGA MEMBERS HAD GREAT GAMES AND BECAME OFFICIAL MEMBERS OF THE SANDBAGGER CLUB.

DAVE BARBER (again) ACCEPTS THE SANDBAGGER AWARD FROM JIM BROWN, WHO WAS OUR MOST RECENT RECIPIENT.  DAVE SHOT A GROSS 76. DAVE IS HAPPY TO RECEIVE THE SANDBAGGER AWARD. HOWEVER, THAT JOY WAS SHORT LIVED AS ED RYAN SCORES A COOL 75 AND TAKES THE AWARD AWAY FROM DAVE BARBER JUST MINUTES LATER. ED IS HAPPY TO RECEIVE IT, AND DAVE IS HAPPY TO GET RID OF IT. ED PROUDLY DISPLAYES THE SANDBAGGER AWARD WHILE DAVE SLIPPED AWAY. Jim Brown receives the Sandbag today, 9/7/2020, from Neil Messina who held it for only a few days. NEIL MESSINA RECIEVES THE COVETED SANDBAGGER AWARD ON AUGUST 21, 2020, AFTER SHOOTING A NET 64. NEIL RECEIVED THE AWARD FROM PREVIOUS WINNER JERRY KRAUSE, WHO ONLY ENJOYED THE AWARD FOR A SHORT TIME.  NOTICE THE NEW HIGH QUALITY DESIGNER SANDBAG! ONLY IN THE BGA, RANDY & JERRY

AND JERRY AND JOHN

A new sandbagger was recognized today.

Some golfers had departed and some were getting ready to leave when it was discovered that another golfer had a net 65. This non disclosure was discovered. John Walton shot a 91 with a 26 handicap for a net 65. Captain Jim Brown failed to report John’s score.  So the only sensible thing to do was to present the sandbag to the newest sandbagger John Walton.  So—— Jerry Krause presented the sandbag to John.

Now John Walton was surprised regarding the new low net score  qualifying for the sandbag. Claims he did not know the new low net number. The typical response was I didn’t get the email or hear any changes. He knows now. (Have we heard this before?)

SO ALL IS GOOD AND ALL ARE HAPPY.

A new BGA record for having the sandbag was set —— Jerry Krause had the bag for 14 minutes and 29 seconds.

Captain Jim Brown paid a $3.00 fine for not identifying John’s net score of 65.   (He will have his picture taken with the BGA poster———DO THE CRIME —— PAY THE FINE)

John Walton is proud to have the sandbag.

FROM ONE VETERAN SANDBAGGER TO ANOTHER - FRANK MAZZOTTA PASSES THE COVETED AWARD TO RANDY ROBERTSON, WHO SHOT AN 85! JANUARY 3, 2020.