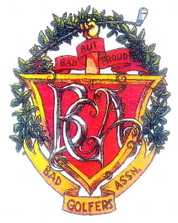 The BGA is a decidedly unprofessional association of golfers who slice, hook, hack, and generally louse up golf courses everywhere under the motto "Bad But Proud." It was founded by a small group of avid golfers whose love of the game, unfortunately, far exceeds their ability to play it. Realizing that they were not alone in this standing, they decided to make if official - and the BGA was born! With a seemingly inexhaustible supply of bad golfers from which to draw, the BGA ranks continue to swell. BGA members are revered and exteemed, (and sometimes DREADED), on golf courses worldwide. Confident, undaunted, and unencumbered by the so-called "official" rules of the game, we boldly stride the fairways, (most likely searching for our lost ball), while we remain "Bad But Proud." 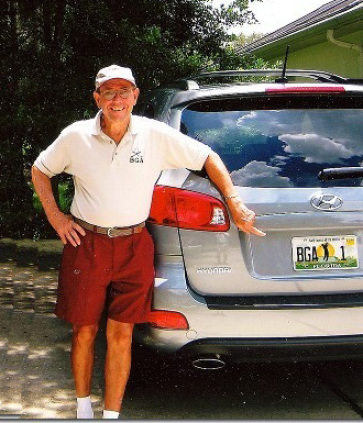 To carry the BGA Tourch as the new Commissioner. 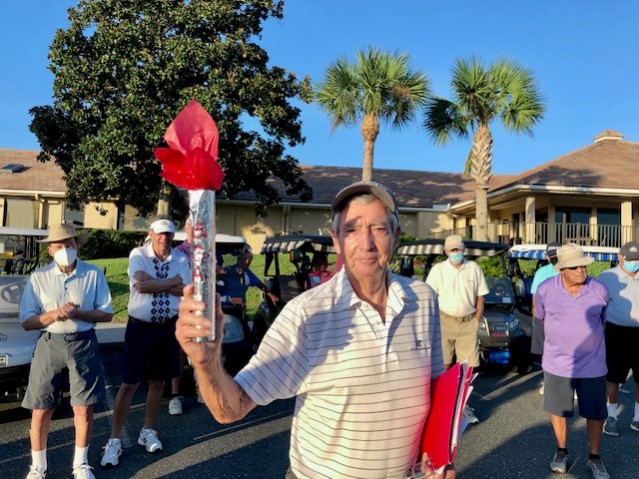 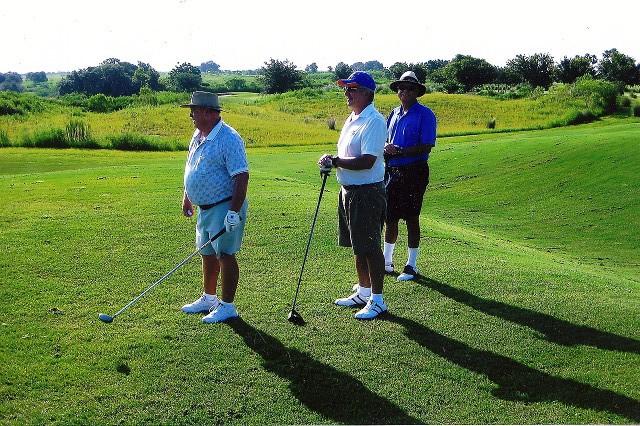 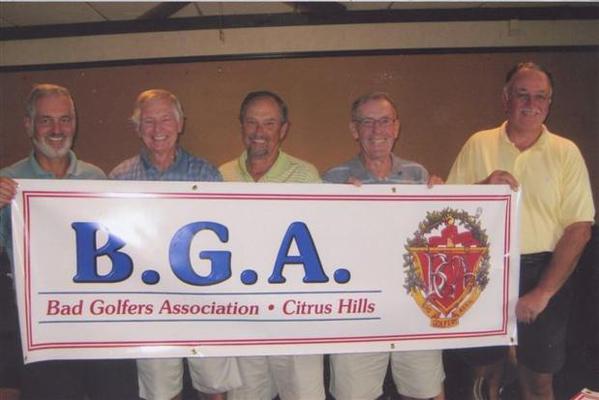 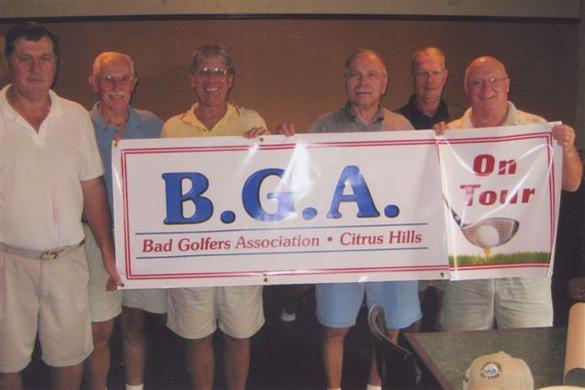 Visitor count (hits) was installed when the original website was established 11/7/08. Since that time the website company changed ownership and the new company does not provide visitor count service.