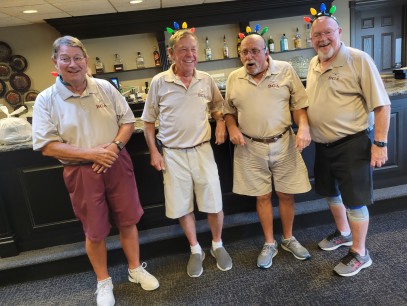 And, a picture of a very generous Curt Mesler with, what else, a glass of wine.  Thanks much Curt. Curt is next to a picture of the auction box contents (a gift certificate of $50 from Hose, among other items) won by Curt with a bid of $140.25.  The bidding was quite spirited.... 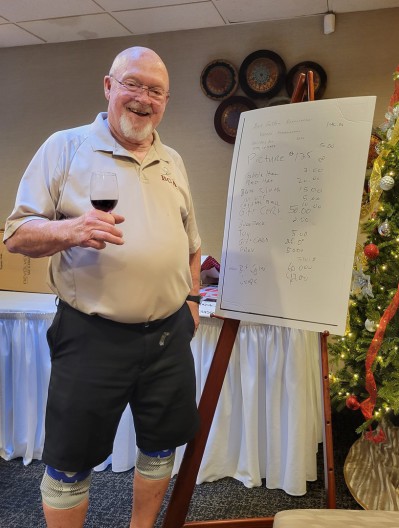 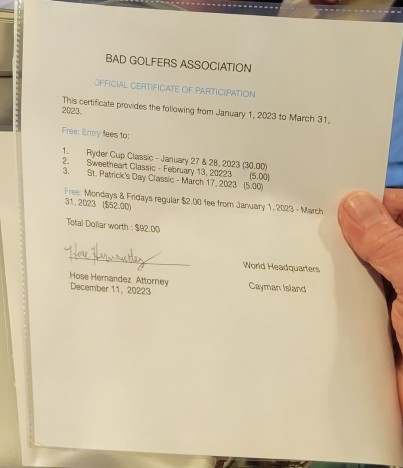 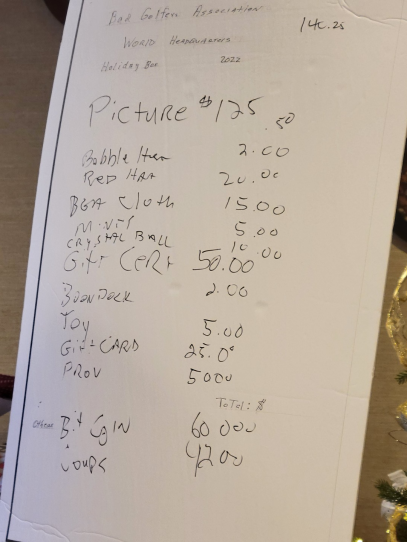 (From Commissioner W. A. Pace)

As most of you know Jim was in the hospital.  We were able to get him on the phone so the guys could give get well wishes as well as Christmas wishes.  The guys were rather vocal (what is new) and I'm sure Jim enjoyed hearing from the guys and I know the guys were glad they could speak to Jim.  I'm guessing that it did a lot to lift his spirits.

Ed Ryan was reading the BGA Motto and Jim was listening on the phone. 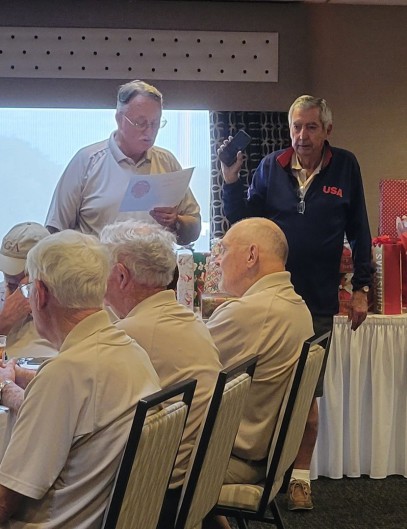 The BGA Commissioner Emeritus Jim Remler. Prayers and get well wishes from all your BGA friends. 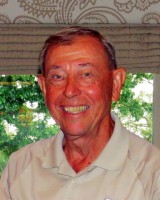 In one photo we had the 3 "winners" of the dress up contest.  The commissioner forgot to bring the winning prizes before golf and intended to pass them out at lunch.  When we got ready to pass them out the commissioner realized he had forgotten one of the prizes. The first place winner, Bob Keller, had to make a pit stop and was absent when the prizes were passed out.  So, he did not get a prize.  Dennis Kudla won 2nd place and Ren Marquette won third.  One member really went all out with his costume.  He wore a blinking Rudolph nose, Did not win a prize. 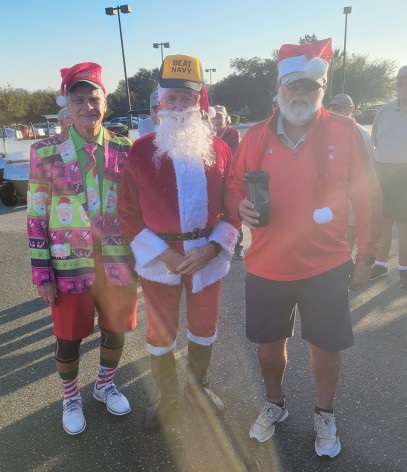 The Barkies hit it again. Serenading Members at the 2022 Santa Day Clissic. 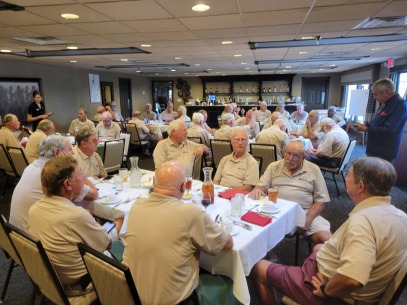