Paul and Debbie Piotte, hosts for our 2022 BGA Family Picnic. We want to thank Paul and Debbie for hosting the picnic, as they have for the past 23 years. 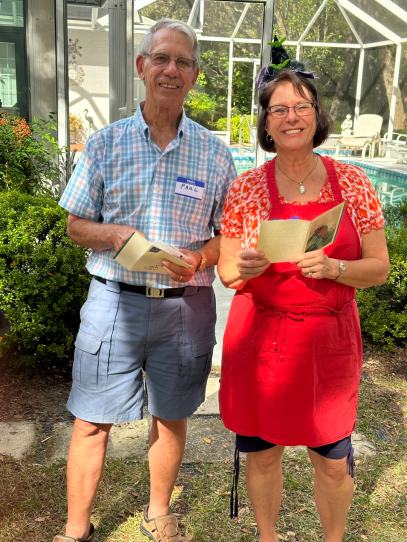 This picture shows members that won money for the closest to the pin on #14.  There was a 5 way tie as they all used their 200 yard drive coupon.  The 5 winners were--Larry Jones, Jim Hagen, Len Ciriello, Jerry Pequeen, and John Balais.  Each won $1.

We missed getting a photo of Mike Stefani winning closest to the pin on #3. 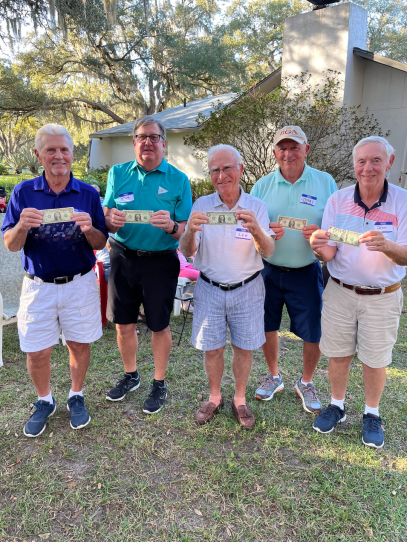 This photo shows 3 of the 4 winning members of the BGA Family Picnic Classic. They include Buzz Fredrickson, Ren Marquette, and John Walton.  Andy Terenzi was the other winning team member but was not at the picnic to get in the winning picture. 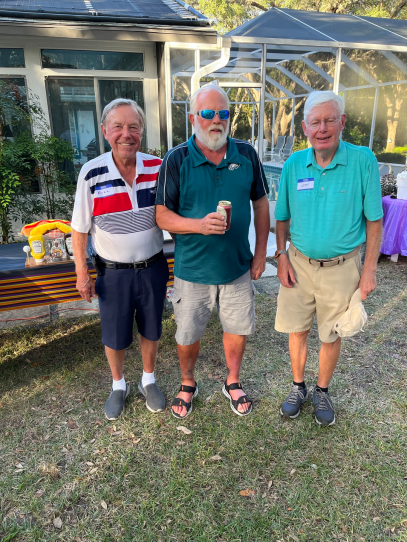 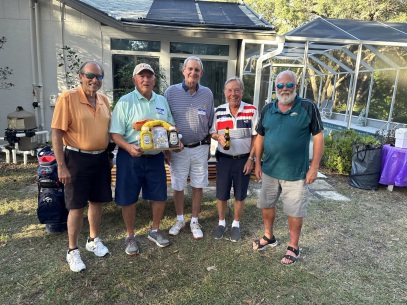 The proud winner of the 2022 BGA Hot Dog Award, Jerry Pequeen.  Jerry was really proud to have been honored.  Jerry had a really good round of golf that contributed, along with other factors, to winning the award.  Jerry had a low gross round of 72, including a low of 35 on the back nine.

Jerry also tied for most Net Birdies and also tied for the most greenies with four. A really nice round of golf and he certainly deserves the recognition that the trophy brings.

And, isn't this a good picture of Jerry?? 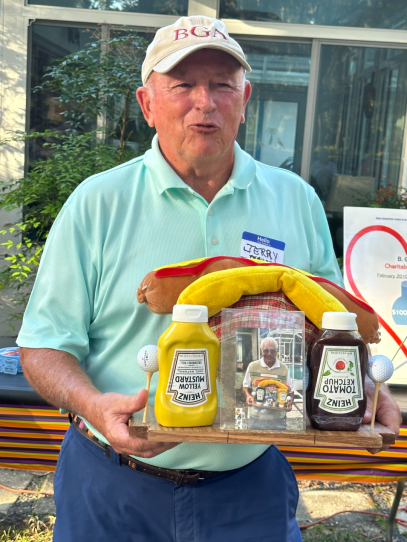